Home Home | News & Events | Why Norwegian Businesses Should Hire “Curious, Bold and Adventurous” Job Seekers, Especially Those Who Have Studied in the United States 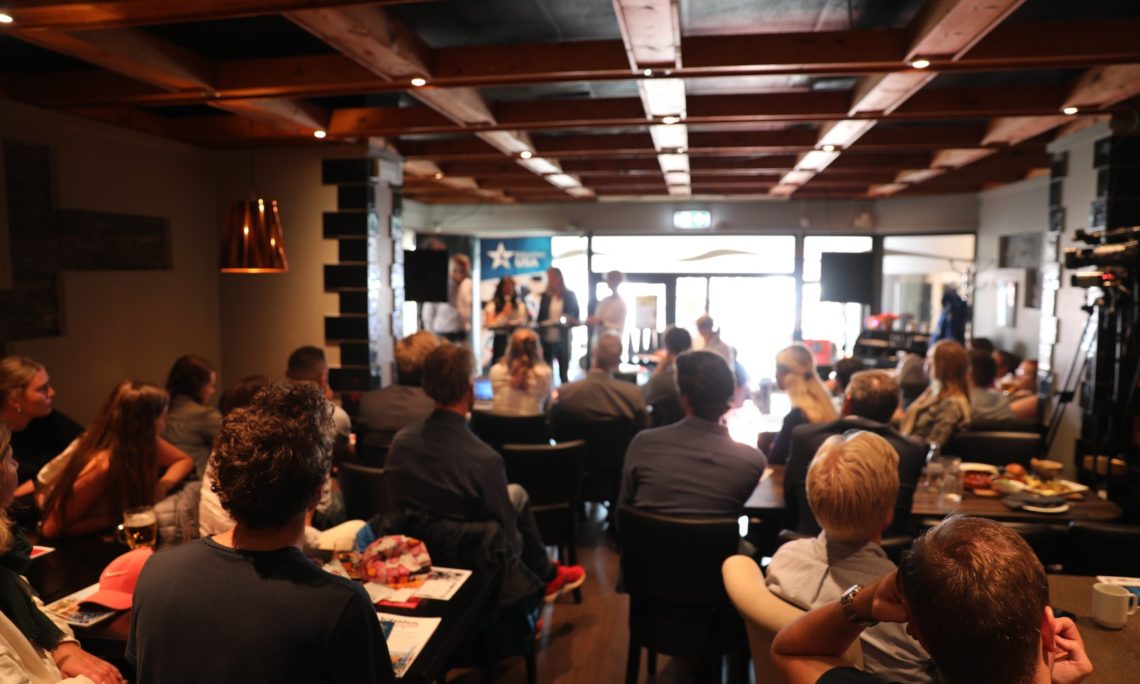 Norwegian students who graduate from U.S. colleges and universities are concerned that employers in Norway don not understand the relevance or value of their education and experience.  This is why the U.S. Embassy joined ANSA, the American Chamber of Commerce in Norway (AMCHAM) and non-profit Akademikerne, to invite panelists from key businesses to discuss how international experience and education positively influences hiring decisions.

According to Finn.no, where most job ads are posted in Norway, only 13 percent of the ads contained the Norwegian word for “International.”  During the Arendalsuka event, panelist Hanna Flood, the President of ANSA, said that this doesn’t necessarily mean that 13 percent of jobs actually ask for international education or experience, could be that the company is “international.”  She challenged the other panelists to promote international education when they talk to students, future employees, and companies, and find ways for their businesses to be more aware of the value of foreign education when hiring.

Google Norway, was represented on the panel by Jan Grønbech, the company’s Country Manager.  Grønbech, who studied at Ohio State University, brought up the perspective one gains on the importance of diversity and inclusion one gets from studying abroad. He said, “Norway is becoming a melting pot of different cultures, but many companies lack the skills to take advantage of that.  That’s because they don’t hire the right people.  It’s often hard for students who only have experience from Norway, and who attended university with their childhood friends, to obtain the necessary intercultural sensitivity and competence to function as a leader in the future.” Mr. Grønbech added that he would not hire someone who had not studied abroad at some point, saying that students who study abroad are “curious, bold, adventurous, and have excellent language skills.”

Maalfrid Brath, from ManpowerGroup, works closely with companies and job seekers on a daily basis. During the panel debate, she talked about how there is some positive change from companies when reviewing applicants, and that more companies ask for international experience than before. She said that while in the past it was considered safe to hire someone from “the same university as themselves,” this is slowly (but surely) changing.  Today, Norwegian businesses realize they are competing against the world, not just with Norwegian businesses, which means being open to hiring applicants who have gained their experience by studying at universities in the United States.

Mari Sundli Tveit, the director of politics at the Confederation of Norwegian Enterprise (NHO) was also an event panelist. Sundli Tveit’s message to the audience was that as Norwegian businesses continue to meet new challenges and adjust to new demands through digitalization, students with experience from abroad will be the ones most able to solve these challenges.  She pointed out that as the students who are brave enough to study abroad, will also “be brave enough to drive the change we need.”

The panel agreed on the important experience and the value Norwegian students gain from studying in the U.S., but they also identified some challenges for businesses when hiring. ANSA suggested working with businesses to create some recognizable descriptions which students and companies can use to highlight the value of international education on resumes. There was also a consensus in the group about encouraging a collaboration between businesses, universities, and the Norwegian government on a joint strategy that would not just increase the number of Norwegian students studying outside Norway, but also address their needs upon returning home, including how to showcase the value of their education and experience abroad.

Nearly 3,000 Norwegians study in the United States each year, participating in both full degree studies and exchange programs.  The U.S. Embassy is committed to assisting and advising talented Norwegians as they work to achieve their educational goals in the United States.  EducationUSA advisors offer a full range of advising from undergraduate level to post-doctoral degrees. Learn more at visit www.education.usa.no .