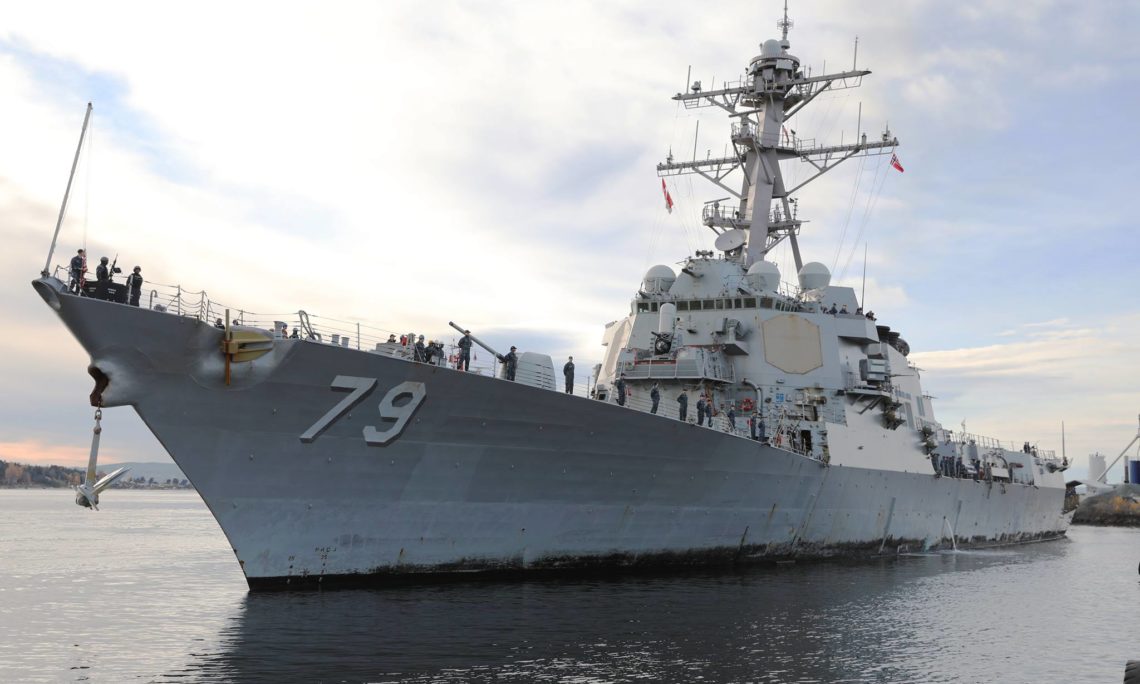 On Friday, October 27, USS Oscar Austin sailed into Oslo Harbor. This is the first port call by a U.S. warship in Oslo in eight years.

USS Oscar Austin (DDG-79) is an Arleigh Burke-class destroyer in the United States Navy. Oscar Austin is named for Medal of Honor and Purple Heart recipient Private First Class Oscar P. Austin. The ship is the 29th destroyer of its class and is currently part of Destroyer Squadron 26.

“This is a truly significant event that serves as capstone to the approximately 30 routine ship calls in Norway the US Navy has conducted just since June 2017, ranging from brief stops for personnel and fuel, to full port visits such as this one”.

Norway, like the United States, is a maritime-oriented nation.  This port call highlights the vital role that our respective navies play in securing the world’s oceans and sea lanes.

«The United States and Norway have been exceptionally close partners since WWII. We’re excited to be able to—in your capital—reaffirm the United States’ solid and enduring commitment to the security of our good friend and NATO ally, Norway”.

The USS Oscar Austin will be in Oslo harbor until Tuesday, October 31, 2017.

See a slide show from the port call here: