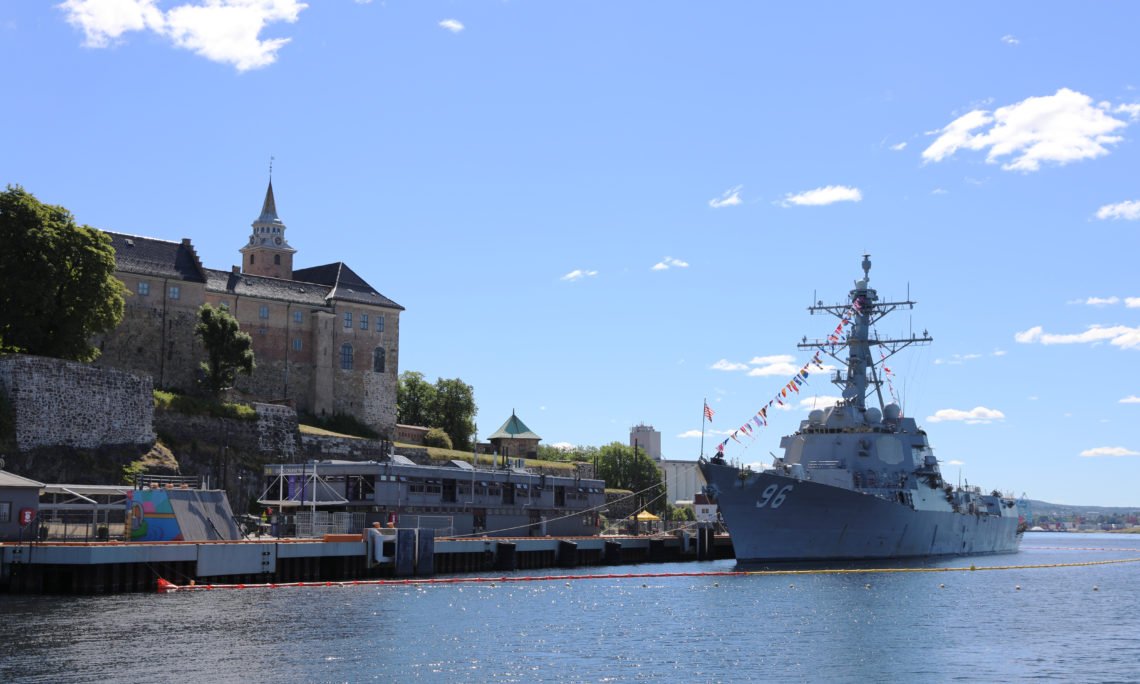 On Friday, June 22, 2018, USS Bainbridge sailed into Oslo Harbor. This is the second port call by a U.S. warship in Oslo in eight years.

The Arleigh Burke-class guided-missile destroyer USS Bainbridge (DDG 96) arrived in Oslo for a scheduled port visit to enhance U.S.-Norway relations as the two nations work together to strengthen regional security and stability.

Strengthening partnerships during the port visit to Oslo builds enduring relationships and emphasizes our shared commitment to promoting security and stability within the region, while seeking opportunities to enhance our interoperability as NATO allies.

Bainbridge is currently conducting a routine patrol to support U.S. national security interests in the U.S. 6th Fleet area of operations. U.S. 6th Fleet, headquartered in Naples, Italy, conducts the full spectrum of joint and naval operations, often in concert with allied and interagency partners, in order to advance U.S. national interests and security and stability in Europe and Africa.