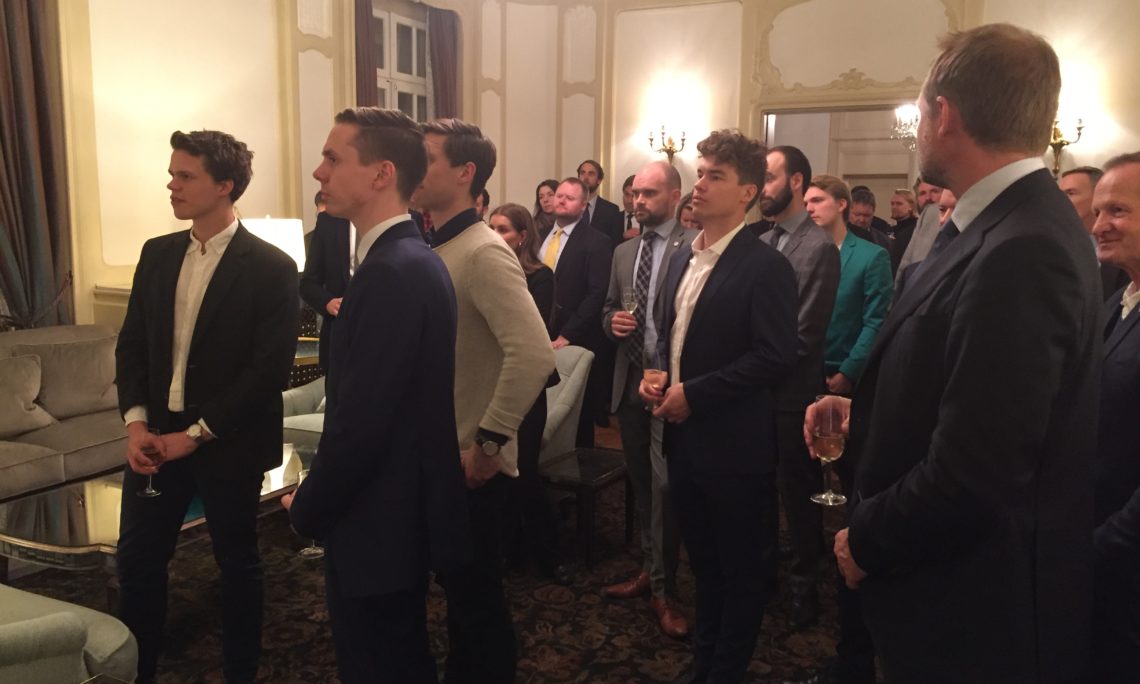 Start-ups and small companies play a key role in the Norwegian and U.S. economy. Not only because they provide jobs, but also because they offer solutions to some of the most challenging problems of our time. The U.S. firmly believe exchange of views and ideas, access to each other markets, talents capital and technologies drives innovation on both sides. The U.S. Embassy is therefore eager to engage Norwegian entrepreneurs and start-ups to let them know what the U.S. has to offer.

On Wednesday November 1, 2017, James P. DeHart, Chargé d’Affaires a.i. at the U.S. Embassy in Oslo hosted a reception in Honor of Innovation Norway and Norwegian Entrepreneurs and Innovators at the U.S. Residence, Villa Otium. The reception was sponsored by the U.S. Government initiative SelectUSA and co-hosted by Innovation Norway who gathered alumni from their training programs in the United States as well and representatives from startups interested in the U.S market. In his welcome remarks, Mr. DeHart stressed the vital role of entrepreneurship as an engine of growth for the U.S. Economy and praised the good cooperation between Norway and the United States in promoting entrepreneurship.