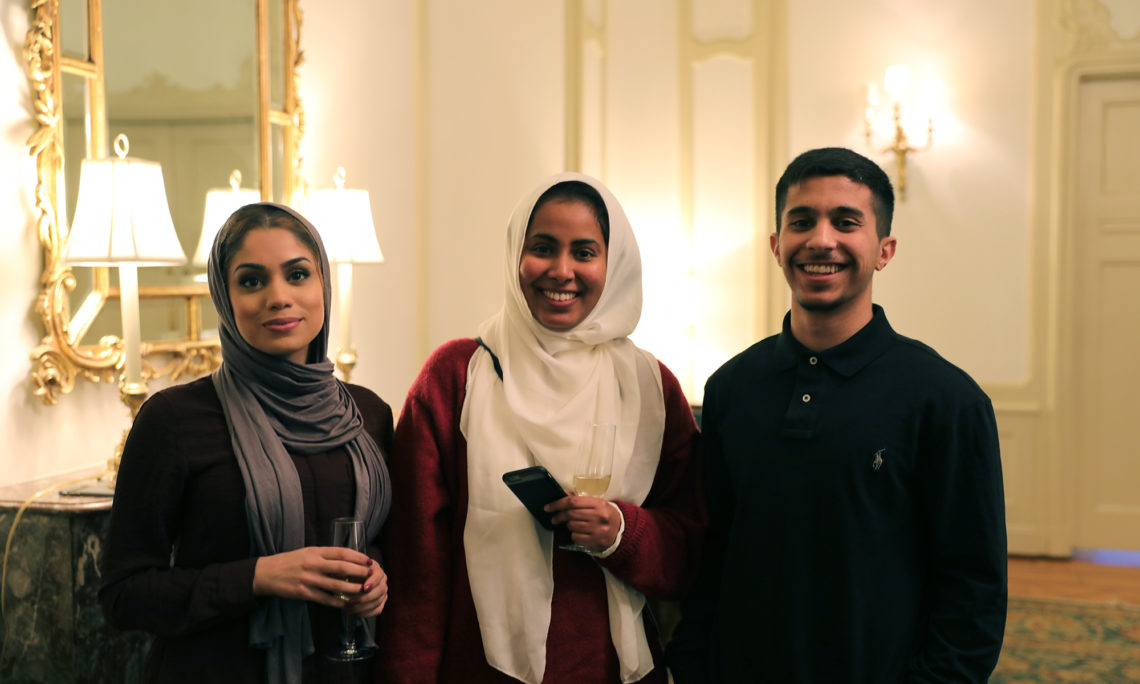 In recognition of Religious Freedom Day, the U.S. Embassy welcomed 30 Norwegian youth to Villa Otium for roundtable discussions about freedom of religion and belief.

On Tuesday January 16, 2018, in honor of Religious Freedom Day, Chargé d’Affaires Jim DeHart welcomed 30 youth leaders from an array of religious communities in Norway to the Villa Otium for roundtable discussions on religious freedom.

The U.S. Embassy invited Norwegian youth from religious groups and organizations such as Alnaskolen, Islamic Cultural Center, Humanistisk Ungdom, Samarbeidsrådet for tros- og livssynssamfunn and others, to hear youth perspectives on freedom of religion and belief and to encourage interfaith dialogue. The roundtable discussions covered a range of topics, including religious freedom in Norway, freedom of speech, religion and emigration as well as the role of culture and tradition. Freedom of thought, conscience, religion and belief is central to both the American and Norwegian identities, and is regarded as a shared value, enshrined in our respective Constitutions.

Religious Freedom Day marks the passage on January 16, 1786 of a significant document entitled the Virginia Statute for Religious Freedom, authored by Thomas Jefferson. The idea of religious liberty later became a foundation for the First Amendment, which begins by stating that “Congress shall make no law respecting an establishment of religion, or prohibiting the free exercise thereof…”

Since 1993, U.S. Presidents have proclaimed Religious Freedom Day on January 16 to underscore the commitment of the U.S. to uphold and protect religious freedom and diversity; to promote accountability for religious-based violence; and to urge other governments to adopt legal protections for religious minorities and religious practice.

See photos from the event here: