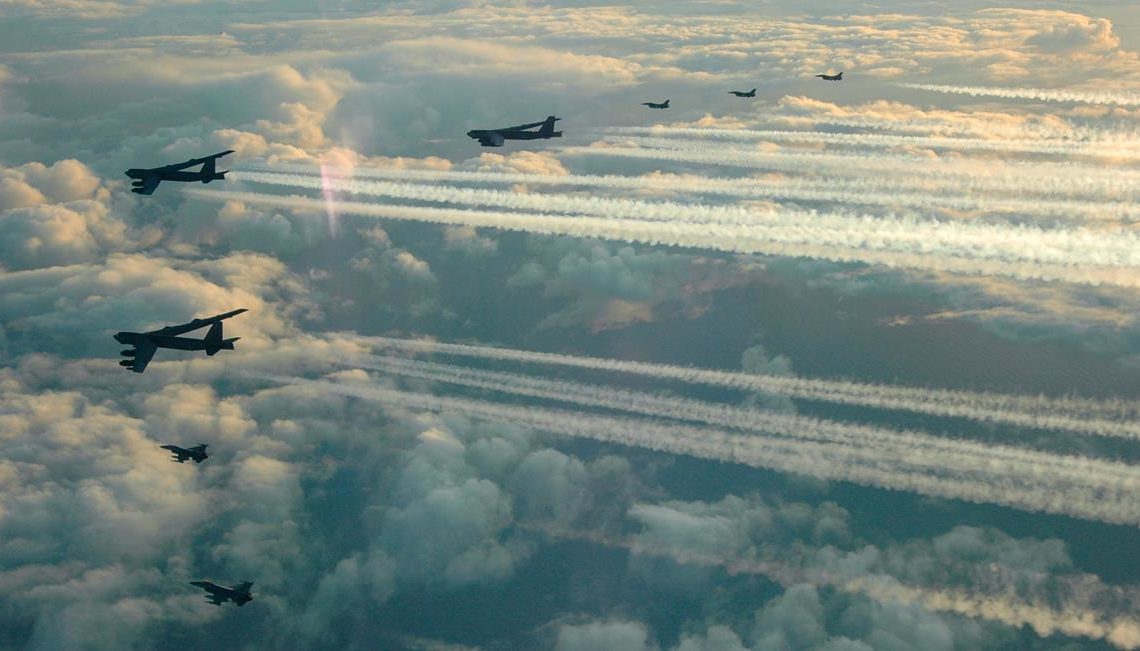 Three American B-52 in formation with Norwegian F-16s. Photo: Forsvaret

The United States Air Force (USAF) has concluded a nearly month-long series of joint training with NATO Allies and partners across Europe involving B-52H Stratofortress aircraft from the 2nd Bomb Wing, Barksdale Air Force Base, Louisiana, operating out of RAF Fairford in the United Kingdom.  This includes an exercise on October 30th in the air space west of Troms in northern Norway, which was carried out with the support of Norwegian F-16 fighters. In addition, on November 6, three B-52H Stratofortress aircraft conducted flights in the Barents Sea region above the Arctic Circle, which included flying with F-16s from the Royal Norwegian Air Force.  These training activities are essential to ensuring NATO’s preparedness by enhancing the integration and interoperability of U.S. armed forces with those of our Allies and partners across Europe, including Norway.

“The transatlantic relationship is of vital importance to the United States,” says U.S. Ambassador to Norway, Kenneth J. Braithwaite, USN (ret).  “The United States stands firm in our commitment and readiness to support our NATO Allies and partners, and joint training opportunities like these demonstrate that commitment.  We deeply appreciate the expertise and dedication the Norwegian Armed Forces bring to our shared NATO mission and collective defense.”

For more information on the recent B-52 joint training activities, please contact the U.S. Embassy in Oslo, or visit the USAF’s website.