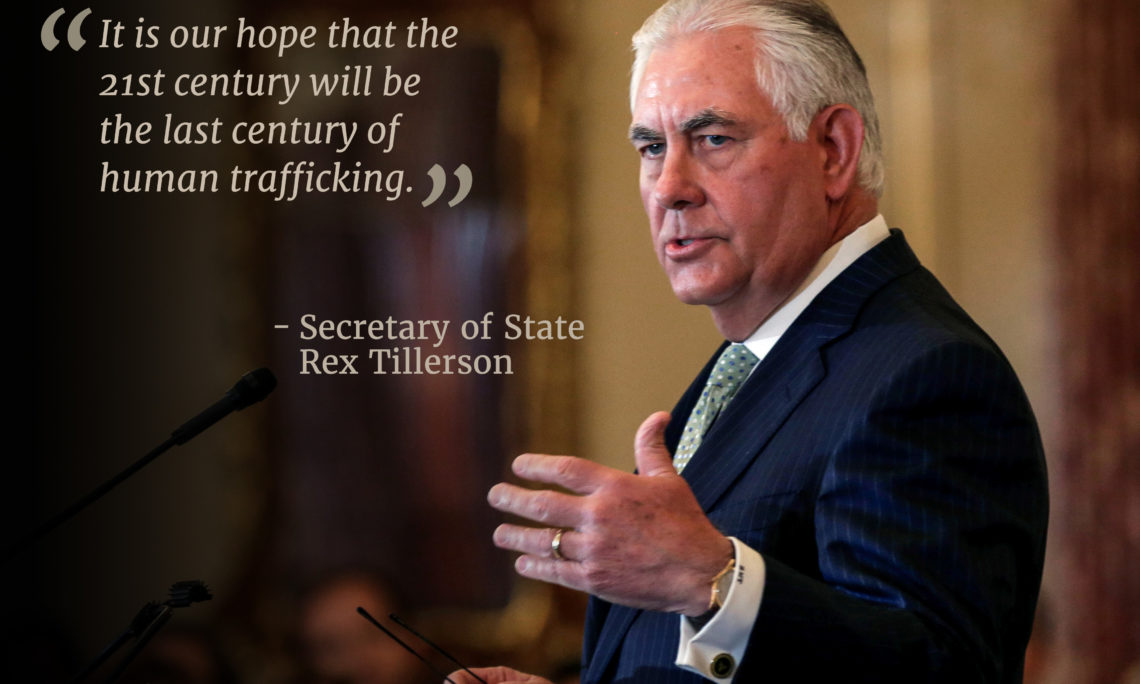 “Human trafficking is one of the most tragic human rights issues of our time. It splinters families, distorts global markets, undermines the rule of law, and spurs other transnational criminal activity. It threatens public safety and national security.  But worst of all, the crime robs human beings of their freedom and their dignity. That’s why we must pursue an end to the scourge of human trafficking. Today we take another key step towards that goal. The 2017 Trafficking in Persons Report highlights the successes achieved and the remaining challenges before us on this important global issue.”

In releasing the 2017 Trafficking in Persons report, Secretary of State Rex Tillerson called human trafficking “one of the most tragic human rights issues of our time.”

The report assesses trafficking in 187 countries, including the United States, and emphasizes the need to hold traffickers accountable and prosecute them.

Senior White House adviser Ivanka Trump, who joined Tillerson for the report release, called human trafficking “much more than a policy priority. It is a clarion call to action in defense of the vulnerable, the abused and the exploited.”