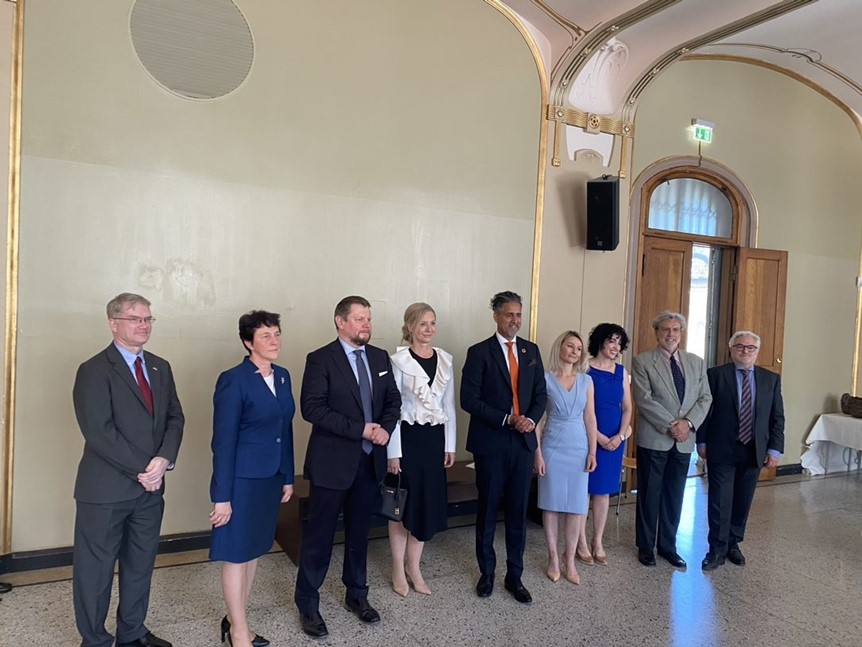 On June 23, Norwegian Minister of Culture Abid Q. Raja retuned more than 600 cultural heritage objects to their countries of origin at a ceremony at the Kulturhistorisk Museum in Oslo.

Among the items that Norway will return is a stone axe from the United States estimated to be 6,000-9,000 years old.  The axe had previously been in the Logan Museum of Anthropology in Beloit, Wisconsin, before disappearing in the 1950s.  It later resurfaced during the refurbishment of a school in Skien, Norway.

“The United States has been unwavering in its commitment to protect and preserve cultural heritage around the world and to restrict trafficking in cultural property,” said Chargé d’affaires Shawn Crowley. “We appreciate the efforts being made by Norway. This is an example of the shared commitment to recover, protect, and respect the cultural, historical, and archaeological heritage of our people. The United States will continue to work with all agencies and across borders, in keeping with its commitment to stop the theft and trafficking of cultural heritage.”