Home Home | News & Events | How FDR got his nose back 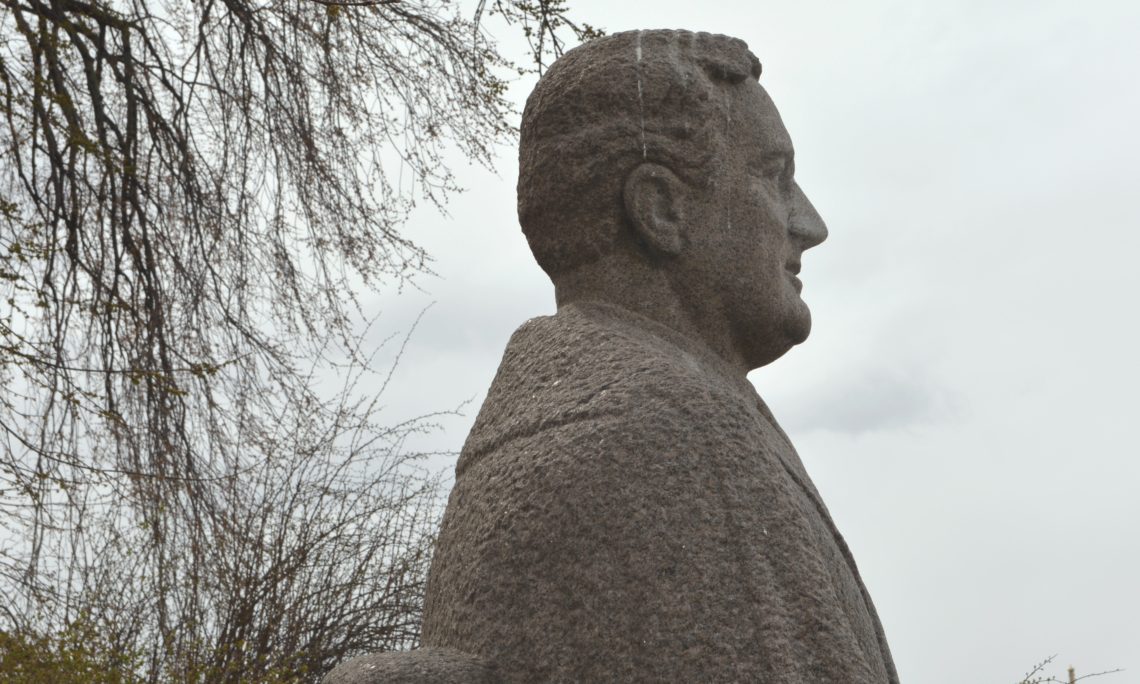 The granite sculpture of President Franklin D. Roosevelt (1882-1945) is located close to Akershus fortress in Oslo. It was unveiled on June 7, 1950, by the President’s widow Eleanor Roosevelt. The monument was funded through a nationwide fundraising to show gratitude for U.S. aid to Norway during and after the war. The sculpture is made by Stinius Fredriksen and depicts a solid and unshakable figure that fits well with the depiction of the president who led the United States through World War II.

The nose of the sculpture loosened in the spring of 2016. The Municipality of Oslo’s Cultural Office (Kulturetaten) was notified about the loose nose, but before they could fix the nose it was ripped loose and disappeared. There had been a break in the nose before, but it is unknown when the first injury occurred. What is known is that the nose was reconstructed in the mid 90’s, and it was this nose that had loosened.

The Municipality of Oslo’s Cultural Office started to work on the reconstruction of the nose. First, they called for plaster maker Roald Kluge. He made a casting of the face, a mask, as well as a casting of the whole head. This was necessary for a new nose to be adapted without moving the sculpture.

Stonemason Johansen Monumenthuggeri, did some research and found out that the quarry that the granite came from was Store Råholmen, an island outside Kråkerøy in Fredrikstad, an area which is now protected. Following a request to the County Council of Østfold, they were given permission to extract granite for the nose. Stonemason Øivind Johansen traveled to the island in a dinghy and picked up some small pieces that could be used.

Artist Fredrik K. B. was chosen to model the nose. He modelled the nose from historical images, and adapted it to the casting of the head. On April 20, 2017, the stone was mounted on the sculpture. The day after, the nose was modeled and adjusted in a precise manner to the sculpture. Fredrik K. B. made the finishing himself, with the casting of the head as reference.

The sculpture of Roosevelt is now complete and we are very pleased with the result! The U.S. Embassy in Oslo would like to thank Oslo Kommunes Kunstsamling (Oslo Municipality Art Collection), Kulturetaten (Oslo Municipality Cultural Office), stonemason Johansen Monumenthuggeri, and artist Fredrik K.B.