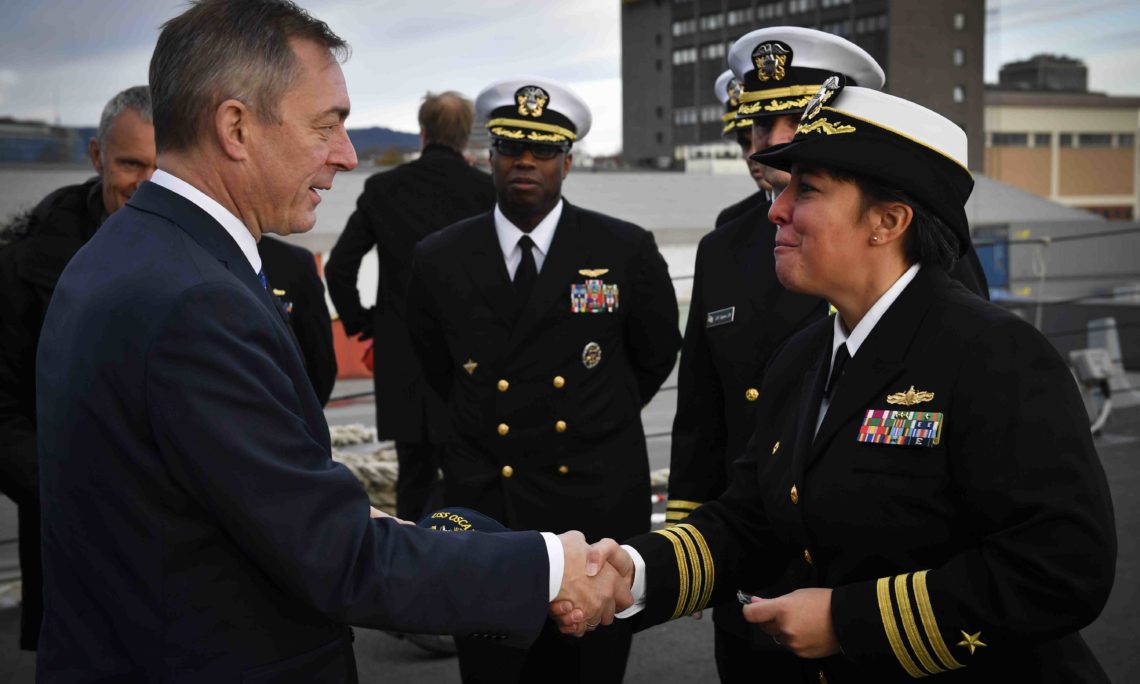 From October 27 to 31, USS Oscar Austin was docked in Oslo Harbor. This is the first port call by a U.S. warship in Oslo in eight years.

During its stay in Oslo, newly appointed Minister of Defense Frank Bakke-Jensen went onboard the ship and met with its captain, Commander Samantha Dutily.

Commander Dutily also met with Mayor of Oslo Marianne Borgen and with the Oslo Police to express appreciation for their support during the port call.

In the time-honored tradition of U.S. Navy sailors building “community relations” in foreign ports, sailors from the USS Oscar Austin spent an afternoon with Norway’s group “Veterans Meet Veterans” and help with general maintenance and cleaning.