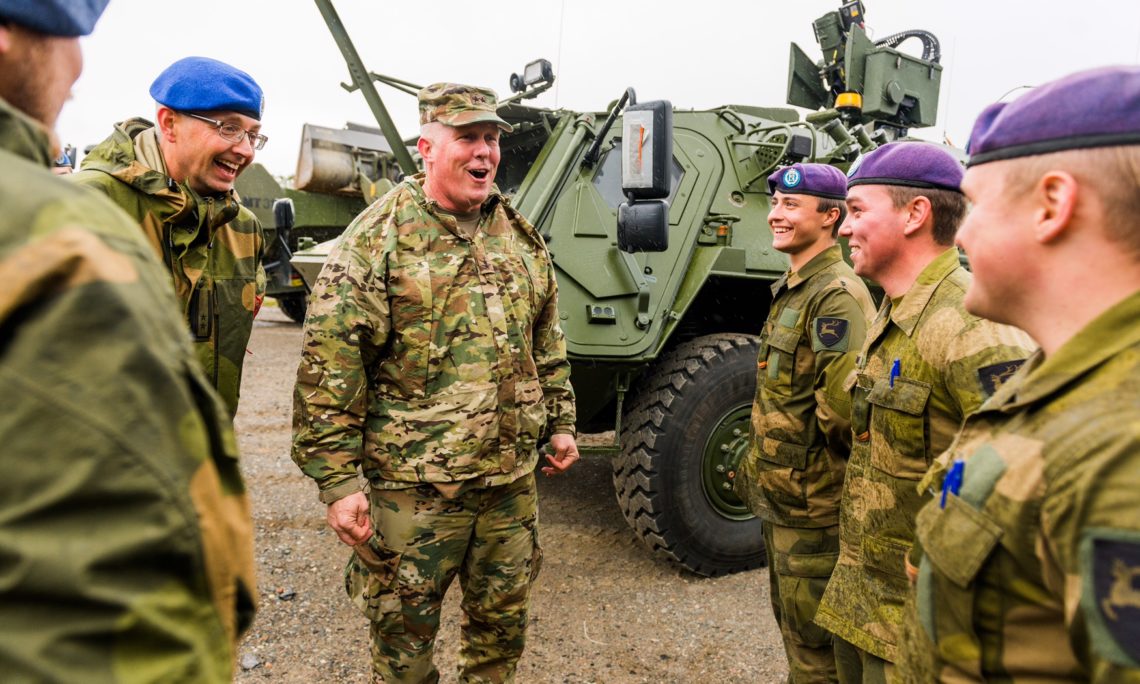 Major General Timothy McGuire, the Deputy Commanding General of the U.S. Army in Europe ‎visited the Norwegian Army Chief General Odin Johannessen 29-30 August. The visit included a trip to Bodø to meet with Lieutenant General Rune Jakobsen, the commander of the Norwegian National Joint Headquarters, and visits to the Norwegian Border Guard in Finnmark as well as Brigade North units in the Mauken Training Area in Skjold. This trip afforded Major General McGuire the opportunity to gain insight on the Norwegian perspective on the High North, discuss the Norwegian Army’s 2017 contribution to the NATO Enhanced Force Presence as well as its enduring contributions in Iraq and to see how Norway fully integrates women in its military. The visit, which came in Major General McGuire’s first 90 days in the job, was a symbol of the solid relationship between the U.S. Army in Europe and the Norwegian Army.

Major General McGuire says of the trip: “I thoroughly enjoyed my visit to Norway and am grateful to the Norwegian ‎Army for its warm reception. Norway is an important U.S. and NATO Ally, and it was an honor for me to visit this beautiful country. Above all, I was thoroughly impressed with the competence, character, and commitment of the Norwegian Soldiers with whom I had the opportunity to meet. Thanks to the Norwegian Army for the great visit, and I look forward to a return trip to Norway.”