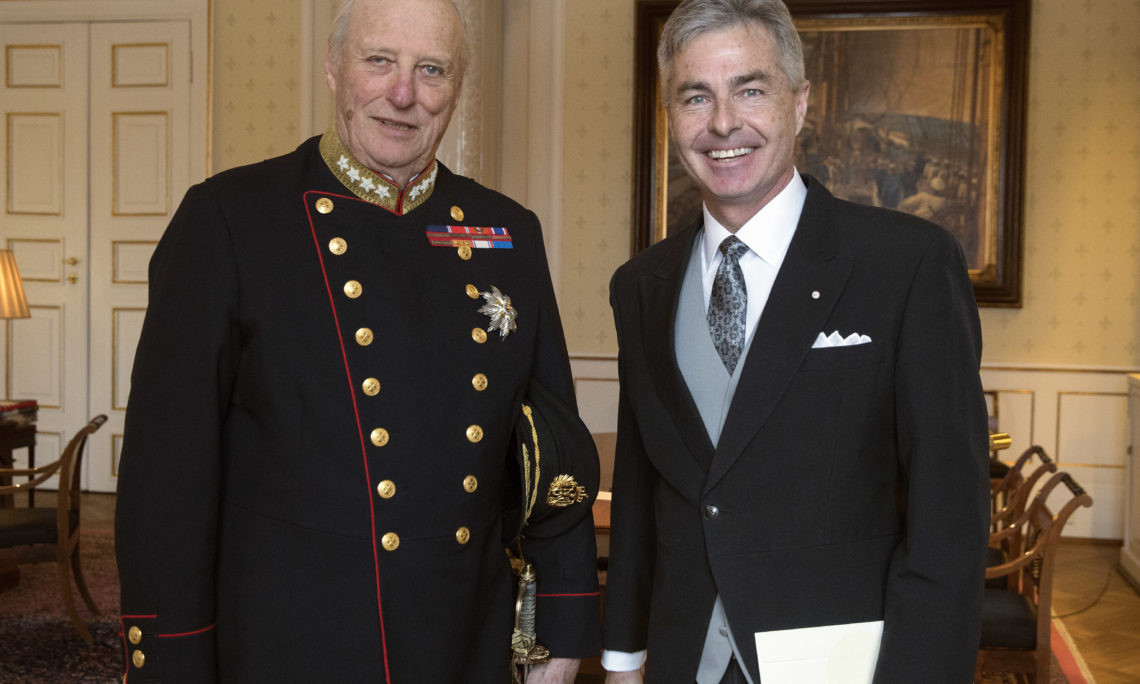 Newly-appointed ambassadors to Norway present their credentials to the King at a formal audience.  The formality of the time-honored ceremony, which harks back to the beginnings of diplomacy in the Italian Renaissance, accentuates the honor of the appointment and the gravity of the diplomatic mission.

At the Royal Palace, Mr. Braithwaite was greeted by a parade of His Majesty The King’s Guard and received by the King, who wore the gala uniform of the Norwegian Army.  Ambassador Braithwaite was dressed for the ceremonious occasion in the traditional morning coat.