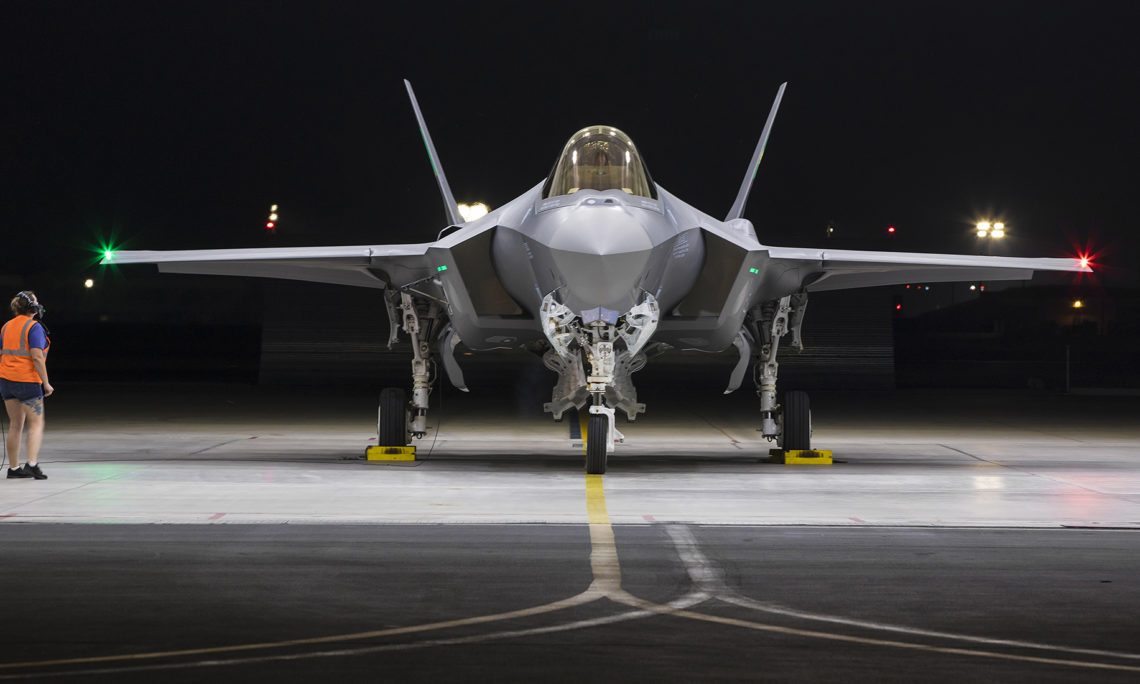 Norway's F-35 prior to departure from Forth Worth, Texas.

A ceremony at Ørland Air Station today – the Royal Norwegian Air Force’s 73rd anniversary – will mark the arrival of the first three F-35 combat aircraft to Norway.  The F-35 Joint Strike Fighter is a 5th generation multi-role aircraft.  It represents one of the most important military procurements ever, ensuring that Norwegian Armed Forces will remain highly capable long into the future.

“Norway is NATO in the north.  Norway maintains security in this part of the world on behalf of NATO and the transatlantic security community.  With the introduction of F-35s, NATO’s ability to operate on and monitor its northern flank is further strengthened,” says Chargé d’Affaires Jim DeHart.

“The close defense cooperation between the United States and Norway was substantial before, and has only deepened with our combined efforts on the F-35 program.  The F-35 arrivals represent not only increased defense capabilities and partnership, but also reflect the depth of the bilateral relationship between Norway and the United States.” says DeHart.