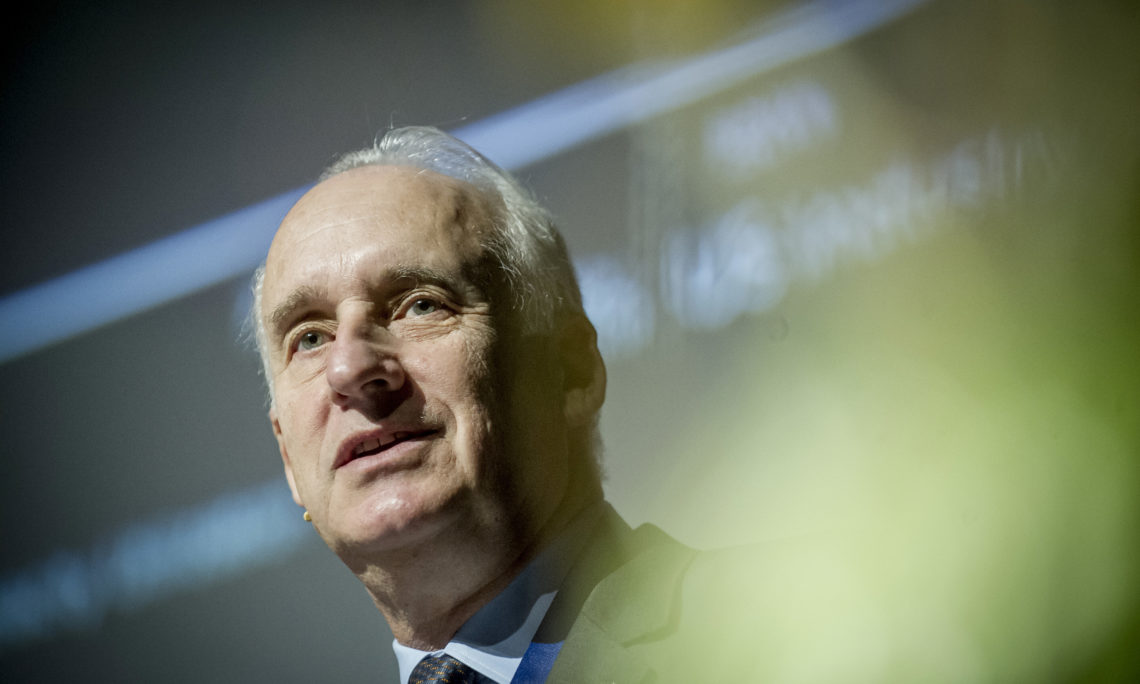 The coming years are expected to be a transition period for many of the world’s largest industrial companies serving the oil and energy sector.  With increased attention to innovative technologies and a green shift in the oil/energy sector, Mr. Kauffman was invited to Norway through the U.S. Department of State Speaker Program, to share his experiences with using a market-based approach to building a more cost-efficient energy system in New York State.

During his visit to Norway, Mr. Kauffman emphasized New York State’s commitment to developing its offshore wind resources and met with different businesses in the subsea and energy sector to discuss possible areas of cooperation.

Mr. Kauffman delivered a keynote address at the 2018 Subsea Valley Conference in Oslo, and briefly met with Torbjørn Røe Isaksen, the Norwegian Minister of Trade and Industry and Lisbeth Hammer Krog, the Mayor of Bærum municipality.  In his keynote, Mr. Kauffman explained how New York State is working to build a more effective, renewable-based and cost-efficient energy system, and reflected on how lessons learned from this process may be applied in the Norwegian context.

Mr. Kauffman also traveled to Stavanger to meet with the regions industry leaders in a roundtable discussion jointly hosted by the Stavanger Chamber of Commerce, ONS, AmCham, and the U.S. Embassy.

In his current role, Mr. Kauffman also leads the state’s comprehensive Reforming the Energy Vision (REV) initiative to restructure the energy and utility industry, a 10-year commitment to support local renewable energy and efficiency markets.  Prior to his role as Chairman of Energy & Finance for New York, Kauffman worked in energy and finance at some of the highest levels, most recently serving as senior advisor to Secretary Steven Chu at the U.S. Department of Energy.