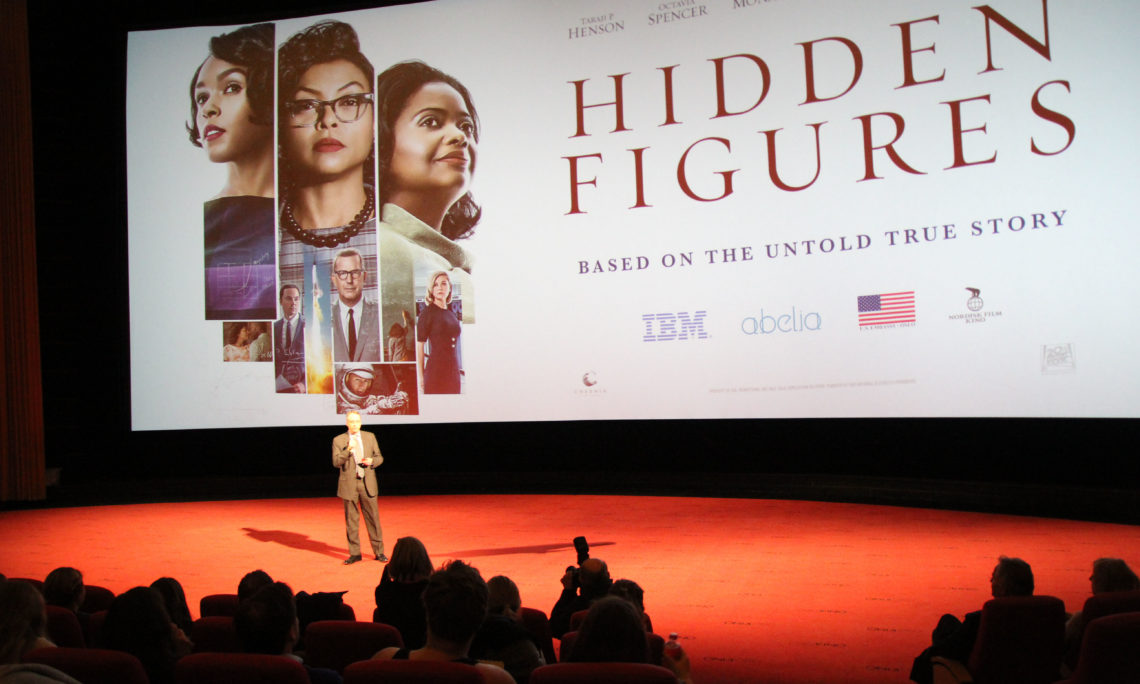 On International Women’s Day 2017, the U.S. Embassy in Oslo hosted a screening of Hidden Figures to highlight the importance of women and people of color in science, technology, engineering, and math (STEM). The screening was co-hosted with 20th Century Fox, IBM, Nordisk Film Kino and Abelia. Chargé d’Affaires Jim DeHart welcomed the close to 900 guests, consisting of among others women leaders and STEM professionals.

Hidden Figures is the story of Katherine Johnson (Taraji P. Henson), Dorothy Vaughn (Octavia Spencer) and Mary Jackson (Janelle Monae), three brilliant African-American women working at NASA, who served as the brains behind one of the greatest operations in history: the launch of astronaut John Glenn into orbit, which turned around the Space Race.

See a slide show from the event here: