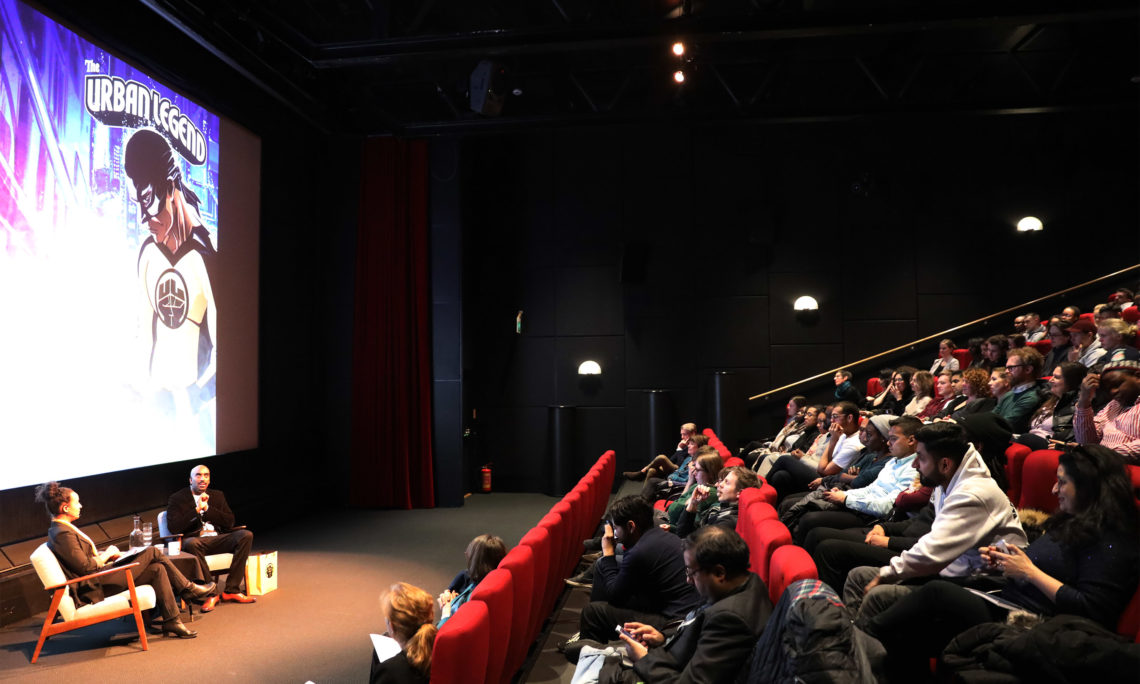 On Monday 26 February, the U.S. Embassy hosted an exclusive screening of the movie Black Panther, the first Marvel movie about a black superhero, in honor of Black History Month.

This year, the U.S. Embassy in Oslo wanted to highlight African-American contributions to entertainment and the importance of minority representation in the arts. Public Affairs Officer Ann McConnell welcomed almost 200 guests to a private film screening of Black Panther, and emphasized the importance of recognizing Black History Month in her opening remarks.

Before the film screening, Norwegian-Eritrean comic book creator Josef Yohannes joined Norwegian-Ugandan singer and actress Asta Busingye Lydersen on stage for a discussion about the importance of diversity in the film industry and minority role models.

The movie screening was made possible by the generous support of the film’s distributor, The Walt Disney Company Nordic.