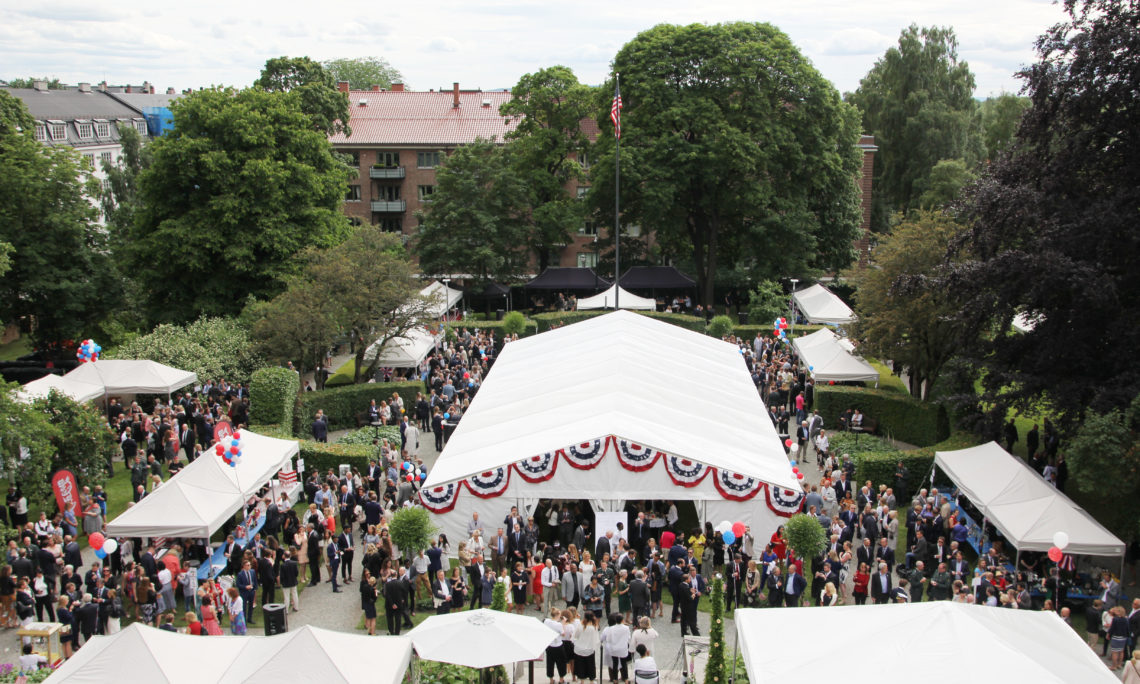 On Thursday, June 22, 2017, more that 1,100 guests gathered in the garden of Villa Otium to celebrate the 241st anniversary of the Independence of the United States of America. Chargé d’Affaires noted in his speech that the good thing about celebrating Independence Day in June is that you get to do it all over again on Fourth of July.  He added that he might celebrate on a smaller scale on the actual day.

In addition to DeHart’s speech, the official program consisted of Defense and Naval Attaché Captain Gary Rogeness welcoming the guests, Traces Gospel Choir singing beautiful renditions of the Norwegian and the U.S. national anthems, and the embassy’s youth alumni Pamir Ehsas and Marianne Svendsen Kofoed talking about the importance of focusing on youth and giving youth a seat at the table.

Thank you to our guests who made the day so memorable! Thank you also to our generous sponsors and food and beverage donors who made the event possible.

You will find all the photos from the day in this Flickr Album.

See a few more photos from the event here: