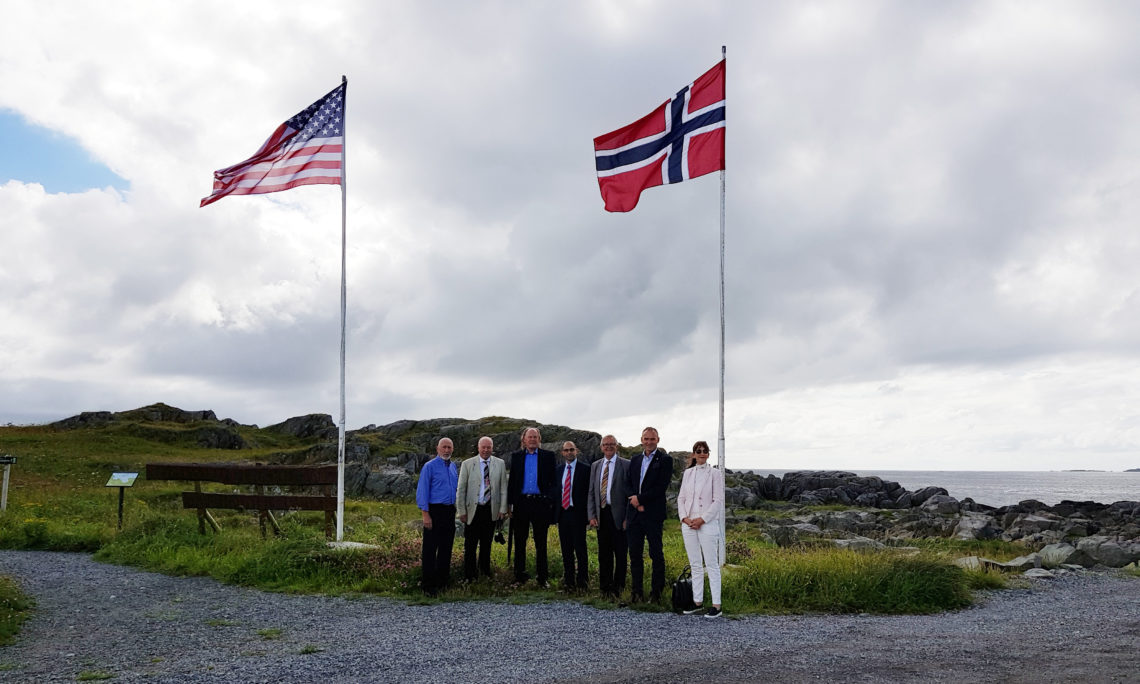 U.S. Embassy Political-Military Officer Douglas Flitter and Rotary Club and community members at the Fishermen's Memorial. The memorial commemorates the Norwegian fishermen who have lost their lives in American waters.

On August 4, U.S. Embassy Political-Military Officer Douglas Flitter attended the 2017 Amerikafest in the town of Åkrehamn on Karmøy. Karmøy is a fishing community which saw nearly half of its population emigrate to the U.S. when their main source of income, herring, dried up in the late 1950s. Many of these immigrants went on to great success, building and operating companies such as Trident Seafoods, the largest seafood company in the United States.  And many of them and their relatives returned to Karmøy for the Amerikafest.

In his speech at Amerikafest, Douglas focused on the history of emigration from Norway to the United States and especially from Karmøy and how this history has forged deep bonds between our two countries that endure to this day.  He talked about how this is reflected not only in the familial and friendship ties evident in the Amerikafest event, but also in the strong partnership between Norway and the United States on economic, political, and security affairs.