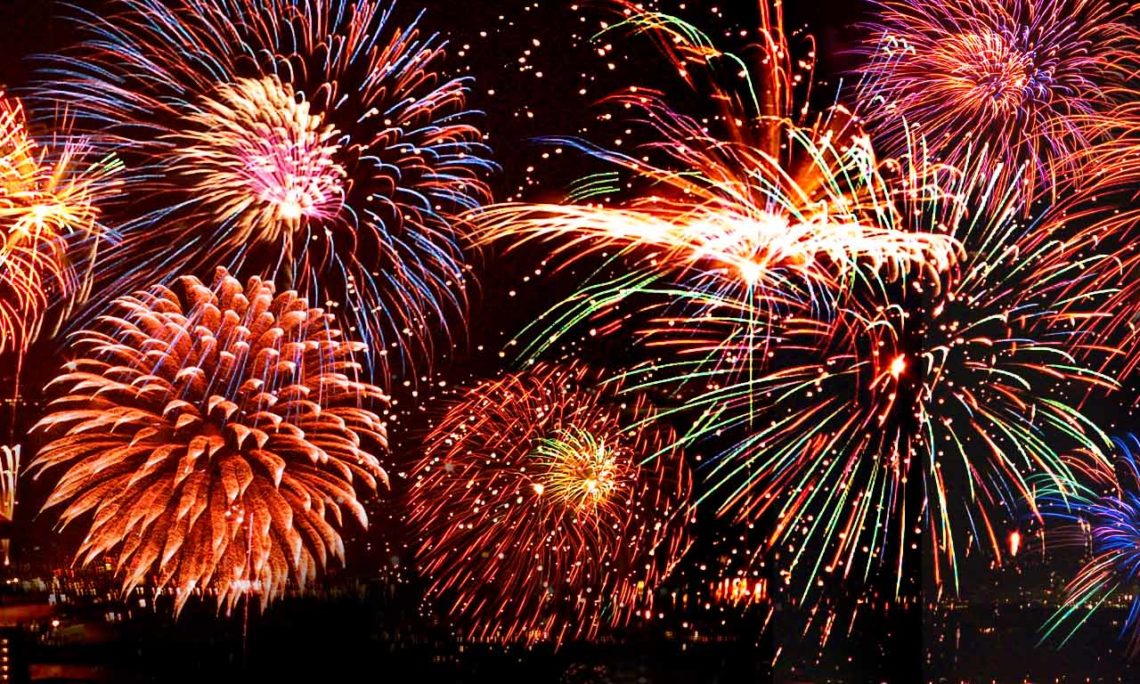 New Year’s Day in the United States is a time for fresh beginnings, hope for a better future and resolutions to change one’s behavior for the better.

Observed January 1, New Year celebrations actually begin the night of December 31 with parties, concerts, fireworks and special events of all kinds. The day of January 1 is marked in many U.S. towns and cities with parades and college-level, U.S.-style football games.

In many communities, the first baby to be born on New Year’s Day is honored with gifts. The New Year itself is often symbolized in drawings as a baby wearing just a diaper, a festive hat and a sash imprinted with the year. In contrast, the concluding, or “old year,” is depicted by illustrations of an old man wearing a robe and a long, white beard. Known as “Father Time,” he is often shown carrying an hourglass.

The celebration of New Year’s Day goes back to at least Roman times, when the day was dedicated to Janus, the god of transitions and beginnings. January was named for Janus, who is portrayed with two faces — one looking forward and the other backward.

Even today, New Year’s Day is a time to look back at the year just completed. Newspapers and television shows review the main events of the previous year and memorialize famous people who died.

New Year’s Day abounds with rituals and superstitions brought to the United States with immigrants from around the world. For example, in the American South, it is considered good luck to eat black-eyed peas on New Year’s Day. The fact that they swell when cooked supposedly portends prosperity. The custom is thought to be an outgrowth of the Jewish immigrant tradition of eating these legumes for the Jewish New Year. Recipes vary by region. In the southern United States, black-eyed peas are almost always flavored with pork, veering from the Jewish dietary law, which forbids any form of pig meat.

Immigrants of various nationalities believed that loud noises — specifically gun fire — would drive away the bad spirits of the past year and insure a new year free of evil. “Shooting away bad spirits” became so popular with early Americans that by the mid-1700s some localities banned it to minimize the noise and the danger. But scaring away bad spirits and heralding in the New Year remain ingrained in New Year’s celebrations, albeit in the safer forms of fireworks, whistles and party noisemakers.

A gentler custom for greeting the New Year is kissing a loved one at the stroke of midnight on New Year’s Eve. Some believe this wards away loneliness for the coming year.

A relatively recent addition to heralding the New Year is “First Night” community celebrations. The city of Boston takes the credit for launching the first such family-friendly celebration in 1976. Artists there sought an alternative way to party on New Year’s Eve — one that didn’t involve alcoholic drinks and rowdiness. The idea was to bring in the New Year celebrating local culture such as music, dance, comedy and art.

Since then, First Night celebrations have become popular in cities across the United States. Most end at midnight on December 31 so the whole family can get home at a reasonable hour and get rested for the New Year.

Technically speaking, “First Night” isn’t really the first night of the New Year — that would be the night of January 1. But no one seems to mind the inaccuracy. First Night celebrations transcend individual differences and invite everyone to welcome the New Year by reconnecting with their communities and each other.