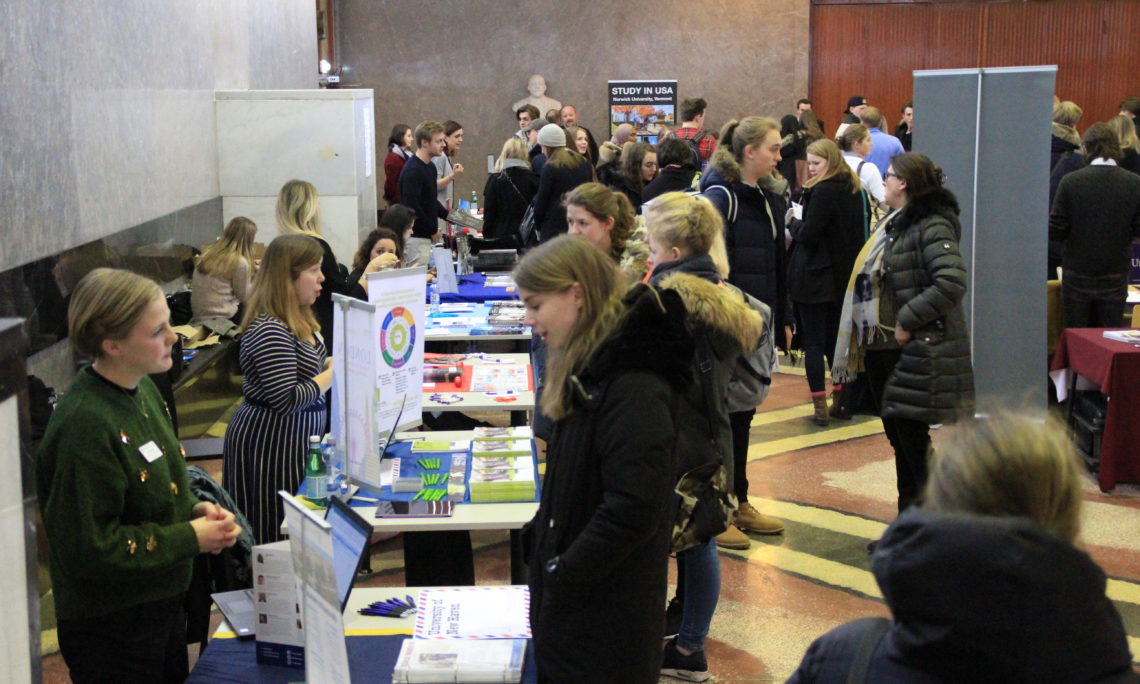 College Day Oslo on March 15th was a success! Around 250-300 students attended the college fair, which was hosted for the sixth time at Oslo Handelsgymnasium. With more than 16 U.S. institutions present and several European programs, students had a wide variety to choose from. Some of the most popular universities present were the well-known schools such as Harvard University, Stanford University and UC Berkeley. Smaller liberal arts universities also attended the fair and received a lot of interest from the students. San Mateo Colleges of Silicon Valley gave a talk about alternative ways to top universities, and more Norwegians are becoming aware of the opportunities community colleges can provide.

Many of the embassy’s partners, including American College of Norway, ANSA, NORAM, Aker Scholarship, Lånekassen all attended and met with most of the student at the event.

Do you have any questions about studying in the United States?

Education Advisor Mari Strømsvåg will happily answer all of your questions! Send an email to osloedu@state.gov. You can also follow EducationUSA Norway on Facebook for the more information about studying in the United States.

These American colleges and universities participated at College Day Oslo: