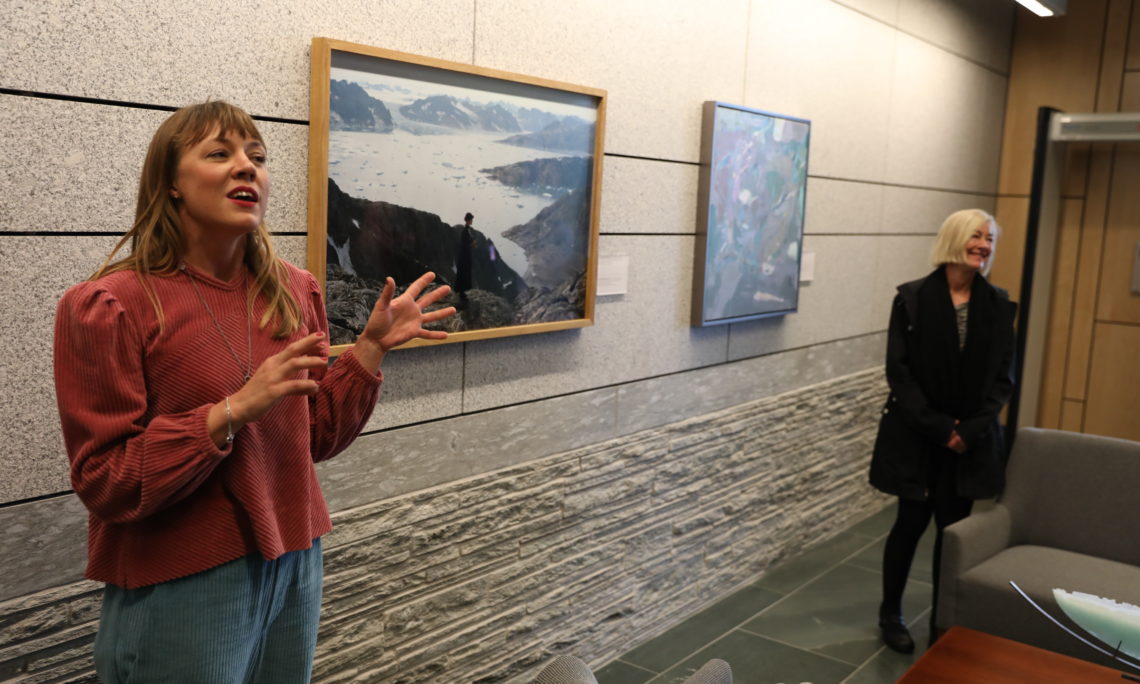 On September 20, 2018, a ceremony marked the unveiling of the new permanent art collection at the U.S. Embassy in Oslo. Many of the artists represented in the collection attended the event. The collection was curated by the Office of Art in Embassies (AIE) curator Sarah Tanguy. Public Affairs Officer Ann McConnell welcomed the guests to the special event and introduced Ambassador Braithwaite. The Ambassador spoke about how the collection features work by contemporary American, Norwegian, and indigenous artists. He also commented on how this collection uniquely reflects the shared cultural values of the United States and Norway. Afterwards, curator Sarah Tanguy gave a presentation of all the artworks in the collection, which engages themes of the Arctic and its changing ecosystem, exploration, and discovery.

The U.S. Embassy at Makrellbekken in Oslo was officially opened with a ribbon cutting ceremony on June 15, 2017.

Art in Embassies is a public-private partnership engaging over 20,000 participants, including artists, museums, galleries, foundations, universities, and private collectors, and encompasses over 200 U.S. diplomatic facilities in 189 countries.  The Museum of Modern Art first conceived this global visual arts program in 1953, and in 1963, AIE became an office of the U.S. Department of State under President John F. Kennedy. Then and now, AIE plays a vital role in U.S. public diplomacy.

See more photos from the dedication ceremony in this Flickr album.