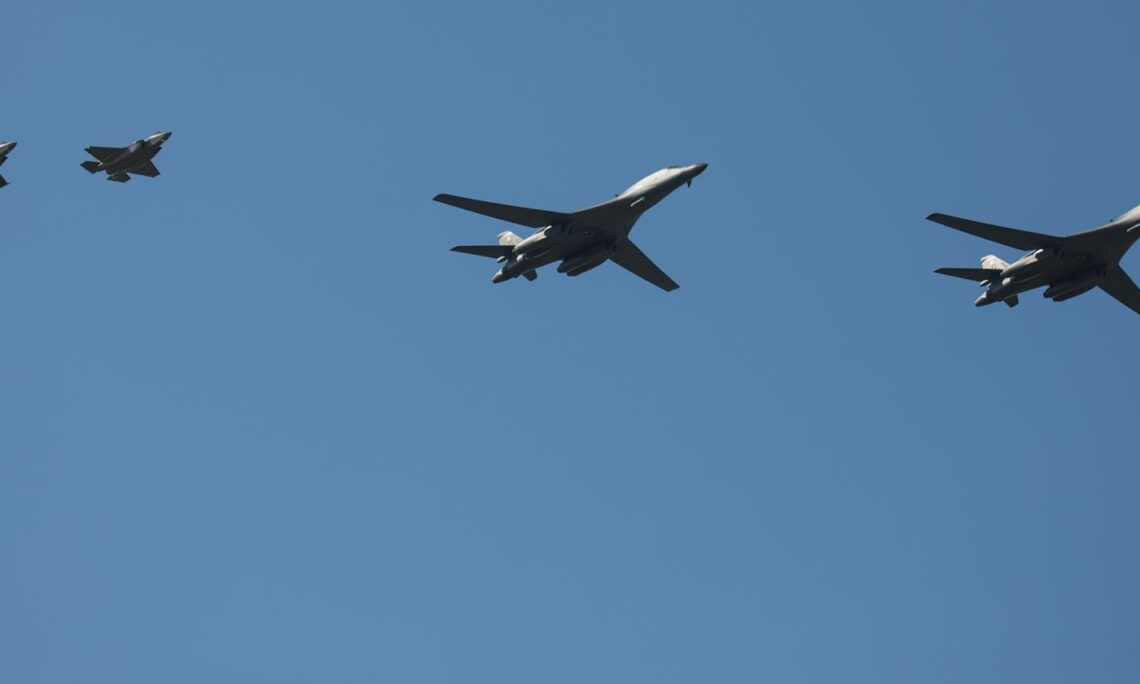 A B-1B Lancer flies with Norwegian F-35s during a training mission for Bomber Task Force Europe, May 20, 2020. Aircrews from the 28th Bomb Wing at Ellsworth Air Force Base, South Dakota, took off on their long-range, long-duration Bomber Task Force mission to conduct interoperability training with o

A KC-135 Stratotanker from the 100th Air Refueling Wing, RAF Mildenhall, England, and a Dutch KDC-10 from the 334th Squadron, RNLAF Eindhoven Air Base, Netherlands, enabled the B-1 to complete the round trip from Ellsworth Air Force Base without stopping, while also providing aerial refueling support to our partner-nation aircraft.

During the flight, the B-1s were escorted by Royal Air Force Typhoons over the United Kingdom.

Given the inherent speed, flexibility, and range of strategic bombers, Bomber Task Force missions demonstrate U.S. capabilities and commitments to our allies, partners, and any potential adversary.

Operations and engagements with our allies and partners demonstrate and strengthen our shared commitment to global security and stability.