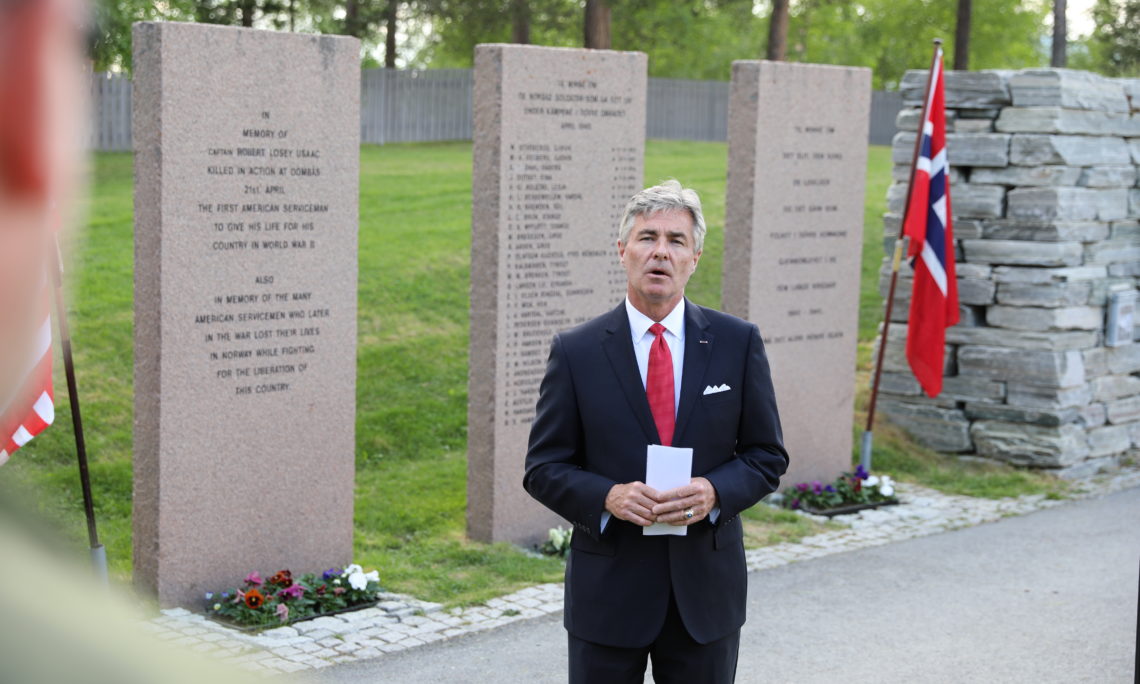 On May 30-31, 2018, Ambassador Braithwaite visited Dombås. First, the Ambassador traveled to Dombås train station to visit the place where Captain Robert M. Losey was killed on April 21, 1940. Then followed a Memorial Day Ceremony at Dombås Minnepark where both the Ambassador and the Mayor of Dovre, Bengt Fasteraune, spoke. U.S. Embassy in Oslo’s Air Attaché Aaron Steffens and Army Attaché Renée Underwood laid a wreath at the Memorial.

The First U.S. Serviceman to be Killed in WWII

On April 21, 1940, Captain Robert M. Losey, a U.S. Army Air Corps Attaché, became the first American to give his life for his country during World War II.  It happened at the train tunnel near Dombås Station. Originally sent to Finland to observe the Soviet air war against the Finns, he was assigned to search for a group of Americans from the U.S. Embassy in Oslo who were attempting a journey to Sweden after Nazi Germany invaded Norway just 12 days earlier.  As German bombers began to attack the railway junction at Dombås, Captain Losey took shelter in the tunnel along with other train passengers.  However, part of his mission was to observe aerial tactics, so he remained near the entrance to watch the German attack.  Shrapnel from a bomb pierced his heart, killing him. He joined the 29 brave Norwegians killed during that same month of April 1940, fighting the Germans in the Dovre area.

On Thursday, May 31, Ambassador Braithwaite took part in a guided tour of Tverrfjellhytta together with Mayor Fasetraune. They saw several musk oxen. Later in the day, the Ambassador visited the Home Guard’s training center. 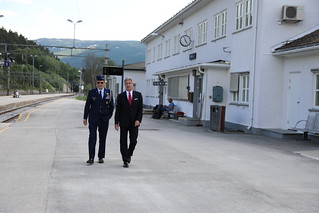