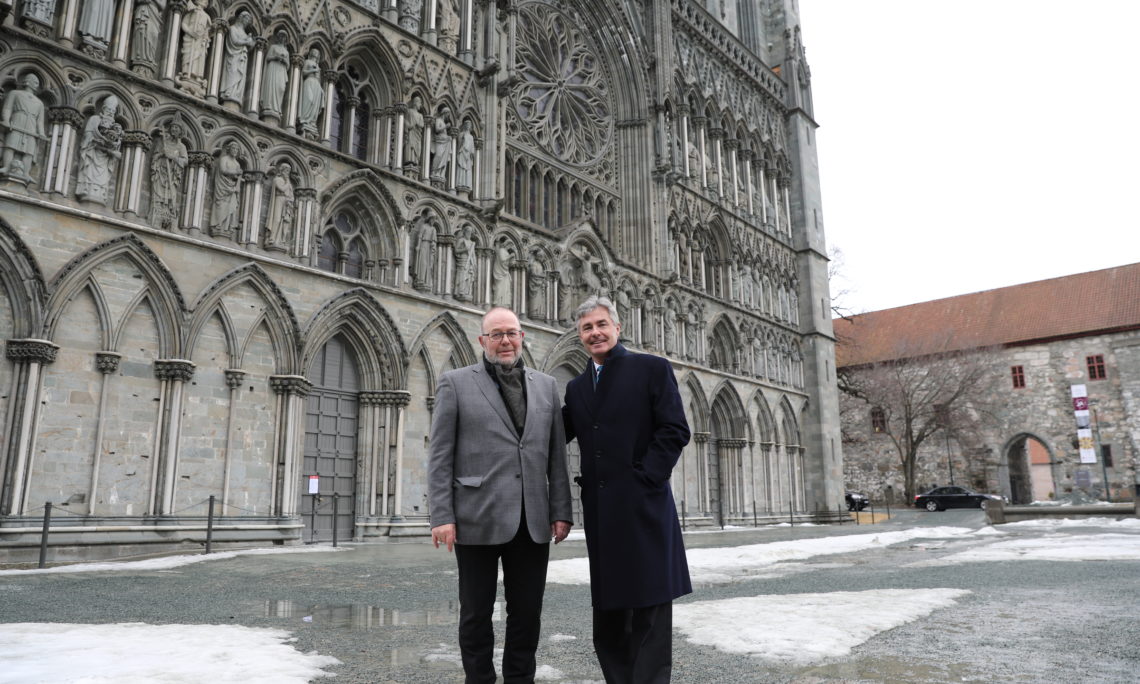 Ambassador Kenneth J. Braithwaite traveled to Trondheim March 22-23, 2018. This was a return to the first Norwegian city that the Ambassador had visited. In 1989, the then young Naval Officer Braithwaite visited Norway and Trondheim for the first time to meet with the Royal Norwegian Navy. The visit left such an impression on him, that when he was asked if he wanted to be nominated for a U.S. ambassadorial post, Norway was an easy top choice.

On March 22, Ambassador Braithwaite visited defense installations in the region outside Trondheim highlighting the close security cooperation between Norway and the United States. The Ambassador met with U.S. Marines stationed at Værnes who told him about learning how to ski and that they felt warmly welcomed by their Norwegian hosts and people in the region. In the evening, the ambassador was given a historical tour of the Kristiansten Fortress by the head of the regional Home Guard, Colonel Håkon Warø.

On March 23, the Ambassador started his day with a breakfast at the American diner at the American Car Club of Norway (AMCAR). AMCAR is a car club for enthusiasts of U.S. classic cars.  Founded in 1975, it has approximately 18,000 members in more than 110 affiliated clubs.

Afterwards, the Ambassador got a tour by SINTEF and NTNU of the Marine Technology Center. The Center has an ocean basin water-tank laboratory for testing the impact of wind and wave conditions on fixed and floating structures (such as oil platforms) and ship-towing tanks, used for ship-model testing.  The Ambassador was told about NTNU’s plans to build a new Ocean Space Center with new laboratory facilities that will be completed in 2020.

The Ambassador received many tips on social media about what to do and where to go in Trondheim. After touring the Marine Technology Center, the Ambassador followed one of those tips and had a coffee at the coffee shop Jacobsen og Svart, where he tasted their excellent coffee, got to see their own coffee roaster, and talked to friendly locals.

Lunch followed at the Norwegian University of Science and Technology (NTNU) with Rector Gunnar Bovim and Inge Gran and CEO of SINTEF Energy Research. NTNU is Norway’s leading technology research university and SINTEF is Scandinavia’s largest independent research organization. Research from NTNU and SINTEF has led to several new products and services that could benefit trade between the United States and Norway.

Afterwards, Ambassador Braithwaite went to the Trondheim Chamber of Commerce where he gave brief remarks, met with local businesses, and received an overview of the business environment in the Trondheim region. After, the Ambassador was interviewed by regional newspaper Adresseavisen. Adresseavisen is 251 years old, which makes it Norway’s oldest newspaper still in print.

To conclude the trip to Trondheim, Ambassador Braithwaite visited the spectacular Nidaros Cathedral, and was given a personal tour by the director of restoration work on the cathedral, Steinar Bjerkestrand. Nidaros Cathedral was built beginning in 1070 to memorialize the burial place of Olav II, the Norwegian king who was killed in 1030 at the Battle of Stiklestad.  Olav II was later canonized as Saint Olav.  The cathedral was designated the cathedral of the Roman Catholic Archdiocese of Nidaros from its establishment in 1152 until its abolition in 1537 under the Reformation. Since the Reformation, the cathedral has served as the cathedral of the Lutheran bishops of Trondheim. Historically it has been an important destination for pilgrims coming from all of Northern Europe. 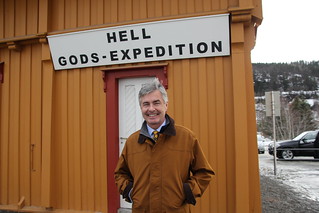