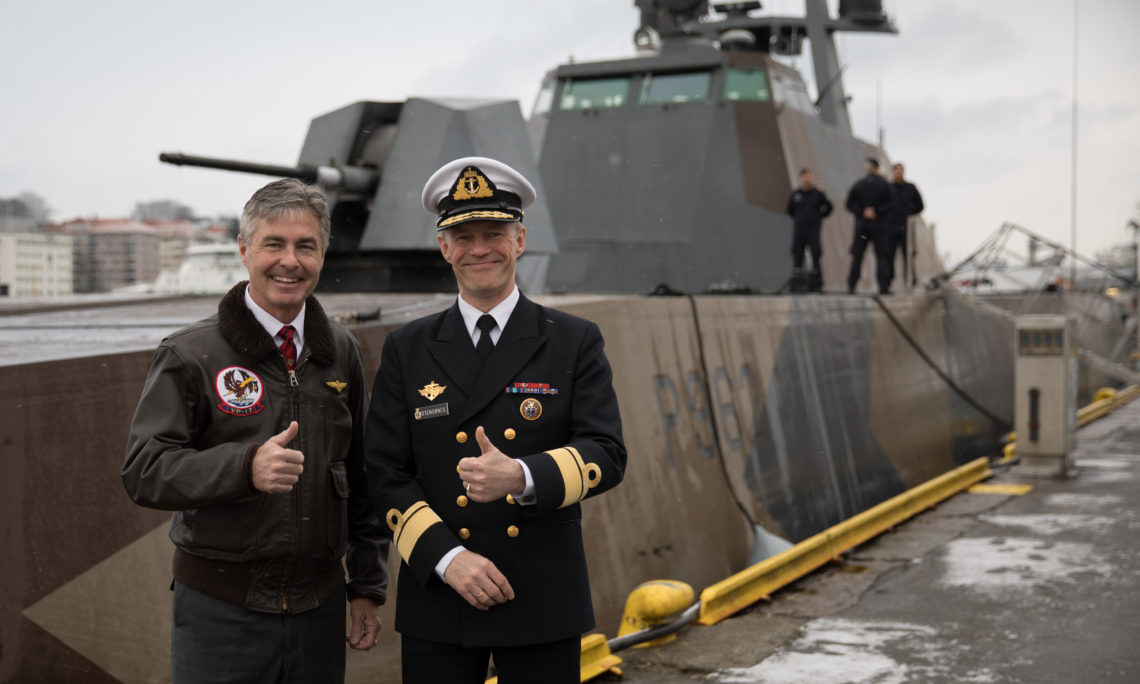 On March 8-9, 2018, Ambassador Kenneth J. Braithwaite traveled to Bergen for his first official trip as U.S. Ambassador to Norway.

The Bergen visit started on March 8, with a meeting with Bergen’s Mayor Marte Mjøs Persen. Afterwards, the Ambassador met with the Bergen business community in a lunch meeting organized by the Bergen Chamber of Commerce. There are strong trade and business ties between Norway and the United States, and several of the companies attending the lunch were investors in the United States

The Ambassador received many tips on social media about what to do and where to go in Bergen. After the Bergen Chamber of Commerce meeting, the Ambassador followed some of those tips to get to the heart of Bergen. First, he went to the Bergen Fish Market where he talked to locals and checked out local delicacies. Then he walked to the historic downtown wharf area of Bryggen, where he visited the Christmas shop Julehuset and looked at traditional Marius sweaters at a shop specializing in Norwegian goods. The Ambassador then walked to hot dog kiosk 3-kroneren to see their wide selection of hot dogs.

Then, the Ambassador traveled to Media City Bergen for an off-the-record meeting with both TV2 and newspaper Bergens Tidende and for an interview with TV2.

On Friday, March 9, 2018, Ambassador Braithwaite visited the Norwegian Navy at Haakonsvern. The Ambassador was hosted by the Chief of the Royal Norwegian Navy, RADM Nils Stensønes, and experienced a demonstration of the use of the Norwegian Navy’s Coastal Corvettes. While on board he was able to pilot the KNM Skudd as Navigator as the ship travelled between Bergen and Haakonsvern. He visited the cadets at the Naval Academy where he spoke about leadership, responsibility for the people you lead, and experiences from his own military career, such as being a pilot in the U.S. Navy. The day concluded aboard the frigate KNM Otto Sverdrup with guided tours and lunch in the Captain’s cabin.

Ambassador Braithwaite’s visit to Bergen demonstrates the close and good cooperation with Norway. 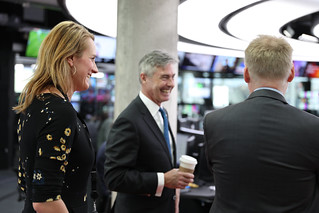