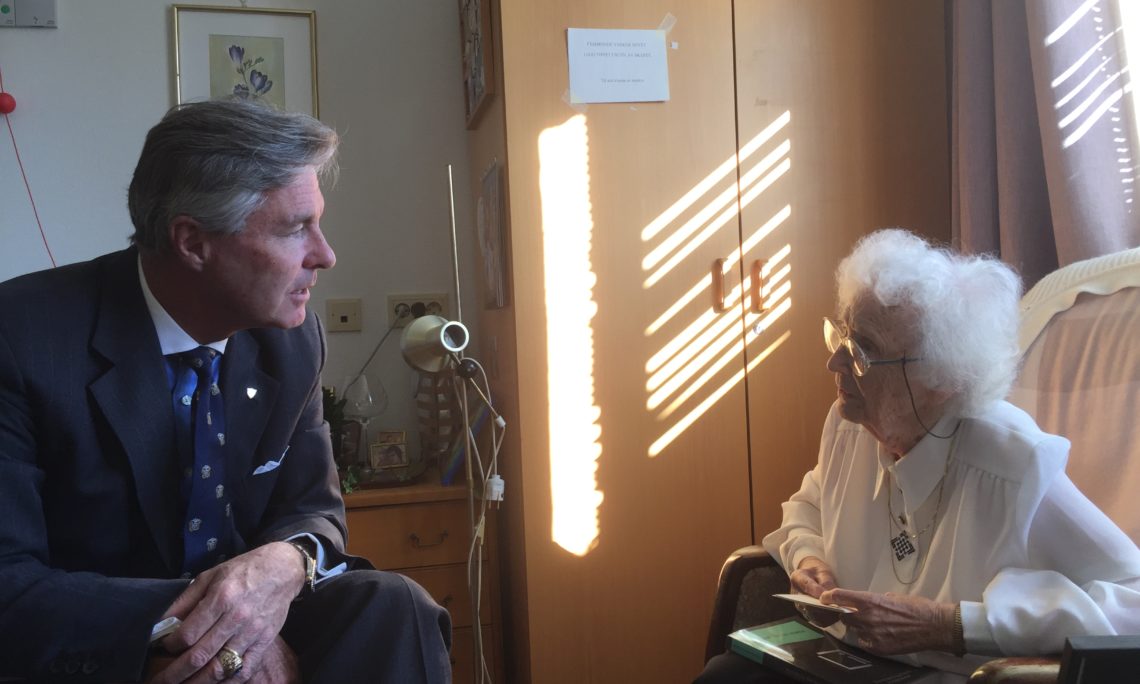 On September 28, 2018, Ambassador Braithwaite visited Mrs. Elisabeth Lie-Hagen at Brevik nursing home to congratulate her on her 100th birthday, after having read about her in Porsgrunn Dagblad.

In 1940, Lie-Hagen was the secretary to Ambassador Florence Jaffray Harriman, who was the first female U.S. Ambassador to Norway. Mrs. Lie-Hagen had her office at the Ambassador’s residence Villa Otium at Frogner in Oslo. During the night of April 9, 1940, Mrs. Lie-Hagen received a phone call from Ambassador Harriman notifying her that the Germans had occupied Norway and that she had to depart Norway.

At their meeting, Ambassador Braithwaite and Mrs. Lie-Hagen talked about her time as the private secretary at the embassy, her history before she worked for the Ambassador, and the days after Ambassador Harriman left Oslo.