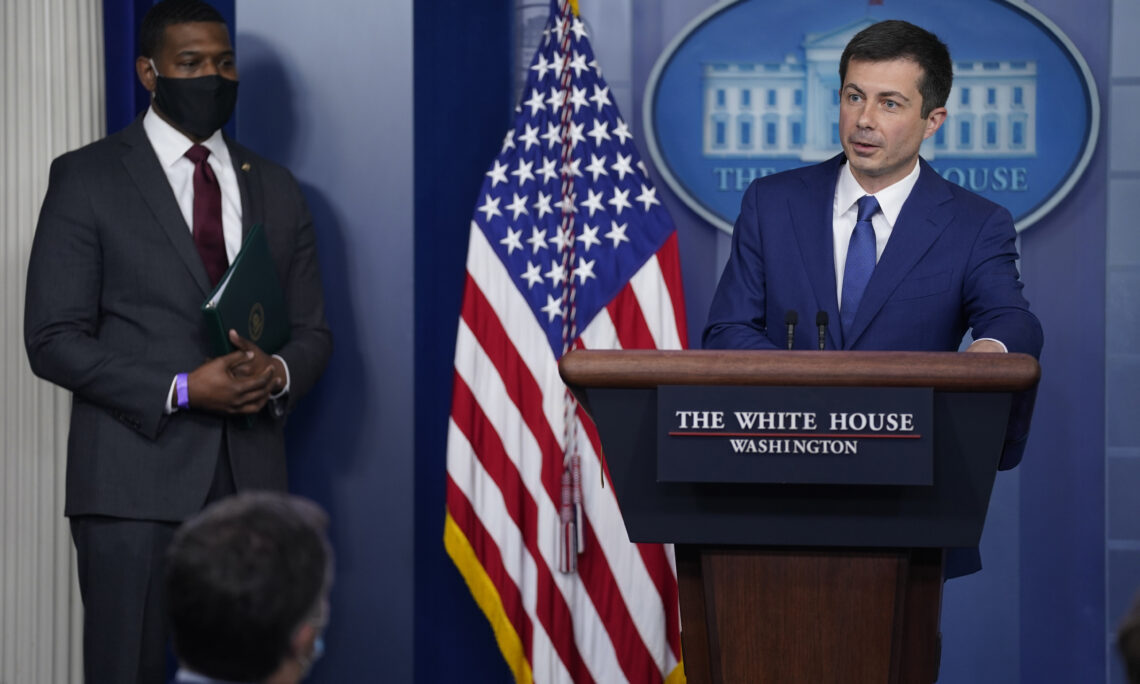 I’m U.S. Transportation Secretary Pete Buttigieg, and I’m delighted to send my greetings to everyone celebrating Pride in Norway.

This month is an opportunity for us to recognize the diversity, the joy, and the love that enrich our lives and our communities.

Earlier this year, I was honored to be sworn in by the Vice President as a member of the President’s Cabinet, with my husband Chasten by my side.  And it was an occasion to reflect on just how much has changed in recent years in the U.S.  Just over a decade ago, I joined the U.S. military at a time when I had to choose between living openly or serving my country.  It’s amazing what has happened and yet we know that there is also a long way to go.

And as my own country has been on a journey toward equality, I’ve of course noticed and admired many other countries who have taken action to recognize that someone who is LGBTQI+ should not have fewer rights or opportunities than anyone else.  Many countries were early to take this step, including Norway.

I have enormous respect for the people of your country who stepped up to make life better for their LGBTQI+ loved ones.  And, I have admiration for the many achievements in Norway that have benefited people around the world.  This Pride comes at a time when democracy is being challenged in many places around the globe.  And yet we’ve seen that countries without strong democratic values and practices, places where people of all backgrounds don’t have equal access and opportunity, those countries are less likely to be peaceful, prosperous, and stable – more likely to fall into conflict, and for people to suffer from human rights abuses.
It’s always been true, and is true now more than ever, that what happens in one country affects others – for ill or for good. And the deciding factor between those two very different possible futures is often the bravery of activists and everyday citizens, who at the moment that they are stepping forward might not even realize the ways in which their “small victories” might reverberate across the globe. It’s inspiring to know that this year, Pride will be celebrated in more locations around the world than ever before.
We know how much progress is possible, but only if we act. And there’s still so much more to do.

The last time I was in Norway was actually as a Mayor traveling in the company of a U.S. Secretary of Transportation – my predecessor Anthony Foxx – looking at many of the remarkable steps and extraordinary work that has been done on infrastructure in your country.

So the United States looks forward to working with Norway on infrastructure, and as we continue to promote and protect the human rights of LGBTQI+ people, at home and abroad.